Recently, the United States Navy celebrated the 98th anniversary of the commissioning of its very first aircraft carrier, the USS Langley (CV-1). CV-1 was named after American aeronautics engineer, Astronomer, aviation pioneer, bolometer, and physicist, Samuel Piermont Langley (the same guy whose name is on a NASA research center, an Air Force base, a mountain, three other ships — two of which are USN ships — and a slew of schools, buildings, labs, and a unit of solar radiation measurement). The USS Langley was converted from the Proteus-class collier USS Jupiter (AC-3), which itself was commissioned in April or 1913.WikimediaW 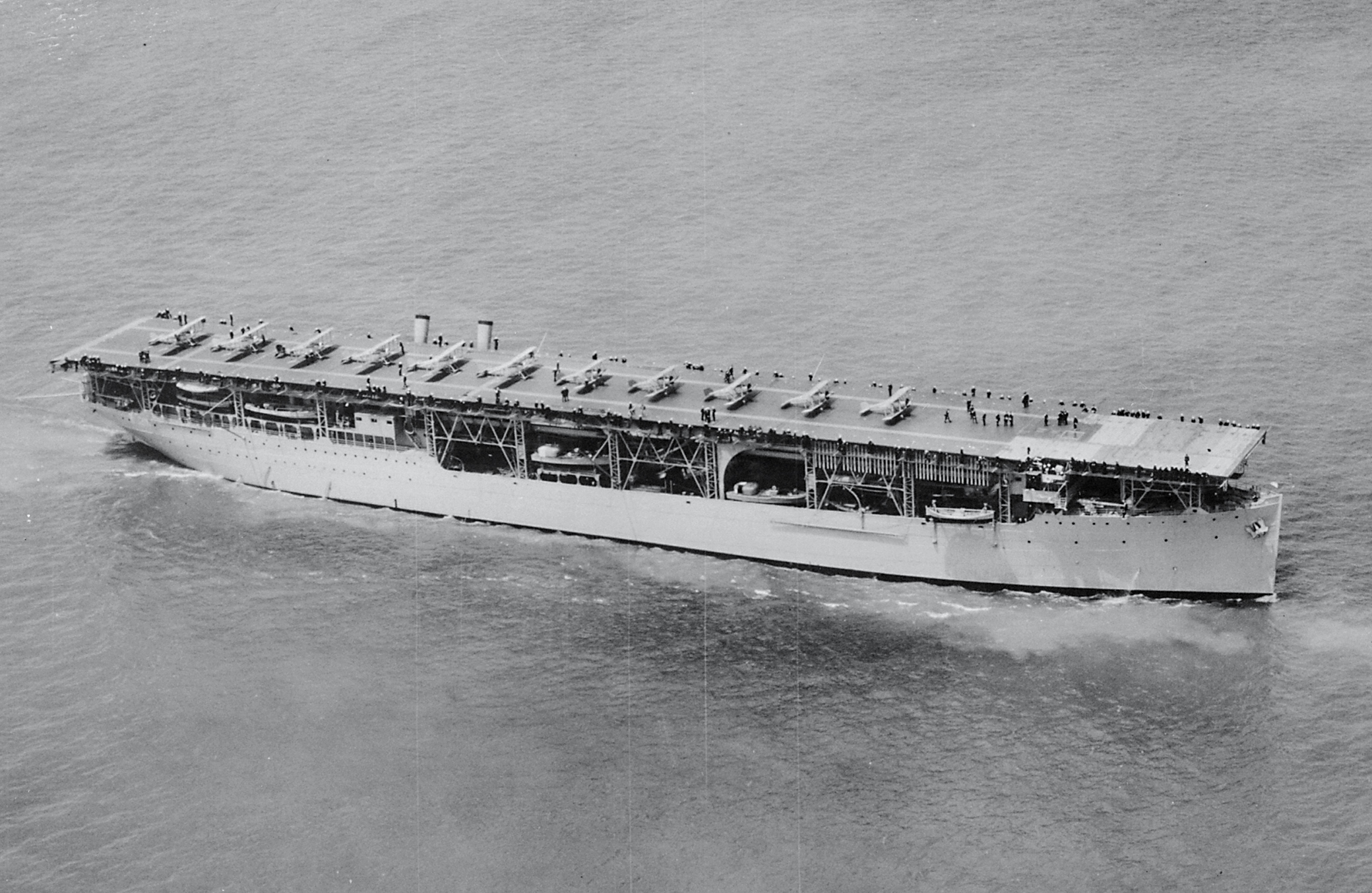 As the Langley, she had a full-load displacement of 13,900 long tons, a length of 542ft, beam of 65ft 5in, draft of 24ft, and 3 boilers. This was also the United States Navy’s first tubro-electric-powered ship. She was commanded by Commander Kenneth Whiting, upon commissioning. The USS Langley saw service as both an aircarft carrier and a seaplane tender. In the seaplane tender role, she was commissioned as AV-3 on 11 April 1937. She served as AV-3 until 27 February 1942, when she was struck by Japanese bombers. She now rests on the seafloor near Cilacap Harbor, Java, Indonesia. The USS Langley was the first step in what would help the Navy — and the United States — project global reach and force. A unique feature of the Langley (among all USN aircraft carriers) was its carrier pigeon house. USN carriers (and signals) have come a long way since then. Since the commissioning of the USS Langley as the first aircraft carrier, the United States Navy has fielded 80 total carriers. There are currently 11 in service. Both of these numbers vastly outcounts every other nation’s number of aircraft carriers. With a current global total of 44 active carriers (some of those are arguable), America owns 25% of those. But the strategic value of those 11 carriers is much more than 25% of that global total. The first purpose-built aircraft carrier to be commissioned ever, anywhere, was the Japanese Hōshō, which was commissioned two days after Christmas, 1922.
Pin4
Reddit
Share
Tweet
Share
4 Shares The U.S. Navy is the most powerful naval force in the world. The U.S. may...

This article by Ian D'Costa was originally published by We Are the Mighty We've all...