Any enlisted Navy sailor can tell you that their dress uniform wouldn’t be as famous today without one of its most iconic pieces — the historic neckerchief.

Reportedly, the neckerchief made its first appearance in the 16th century and was primarily worn as a sweat rag and to protect the sailor’s neck from rubbing raw against their stiff collared shirts.

In some cases, the 36-square-inch silk fabric could also be used as a battle dressing or tourniquet in a life saving situation.

The color black was picked to hide any dirt or residue that built up during wear. 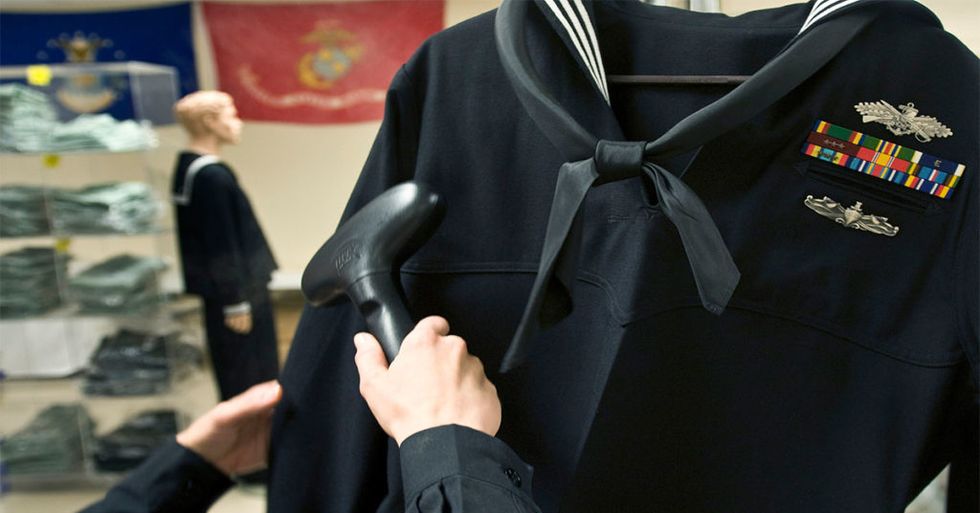 The iconic Navy dress blue uniformed with a neckerchief being steamed before a uniform inspection.

In 1817, the Navy wanted each one of its sailors to tie their neckerchief the same way, so it introduce the square knot. The square knot was hand-picked because it was commonly used on ships to secure its cargo.

The knot was later added to the dress blue uniform to represent the hardworking Navy tradition, and it remains that way today.

How to tie a square knot: 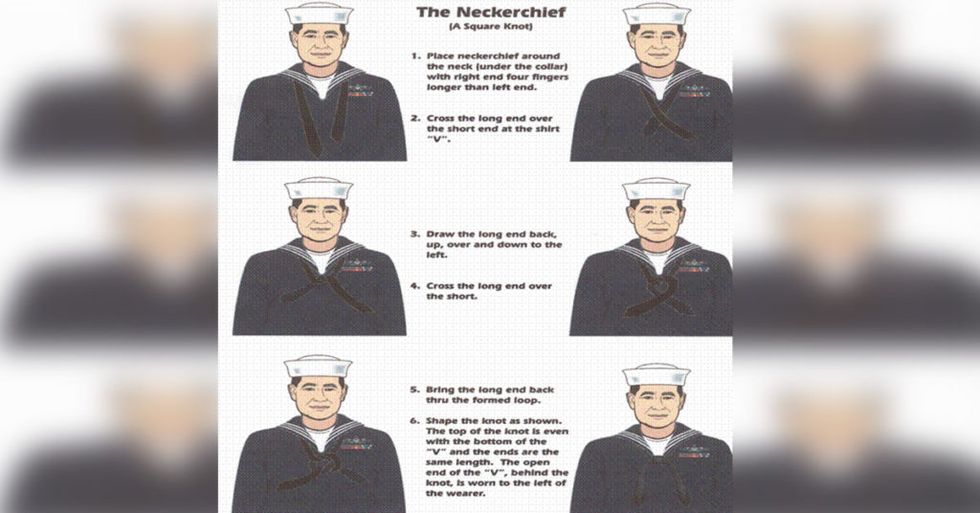 During the inspection, each sailor is carefully examined by a senior at least twice a year. While under observation, the sailor must display a properly tied square knot which needs to hang at the bottom of the jumper’s V-neck opening, and the ends of the neckerchief must appear even as shown above.

Do you remember your first uniform inspection? Comment below. This article by J.D. Simkins was originally published by the Navy Times Mounting concerns over...