Military culture is something you definitely have to be a part of to understand. Bob from accounting trying to relate to the strictness of your Drill Sergeant dad’s rules and regulations from a civilian perspective boils your red-hot American blood faster than anything else. 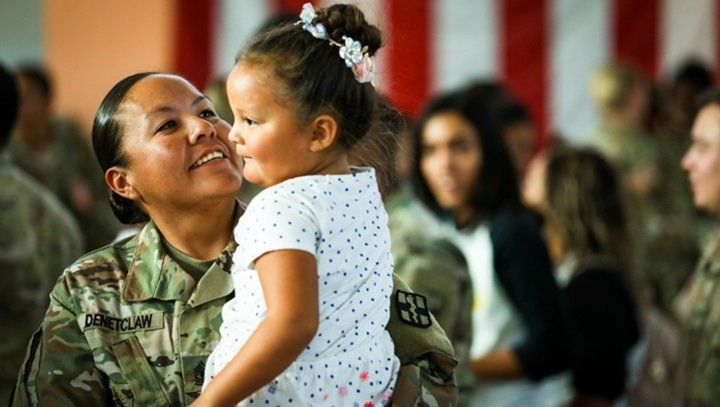 Well, that depends. Do you mean where I lived the longest? Where I was born? Where I spent my best years? To be perfectly honest, you have no idea, so you just throw a random state (or country) out there and hope it makes you sound as cool as you look.

In most cases, a 16 year old reminiscing of skiing the Alps on holiday or discussing the economic impact of buying American grocery staples abroad would sound like a big fat lie. But not for you, you cultured darling. You spent your three-day weekends on a multi-country European tour instead of grabbing burgers and a movie.

3. You have to explain why you were born in another country but aren’t from there

No, I wasn’t born in America. No, I’m not a foreign citizen. No, I do not have a family heritage from that country either; I was just born there. Yes, it’s very annoying to explain this to people dozens of times.

4. You know your Social Security Number

You don’t need to call mom to ask her your personal information, you’ve got that on lock along with your service member parent’s as well.

5. You can’t stand civilians freaking out over moving…down the street

You’re crying over the sentimental loss of moving two blocks down in the same neighborhood while keeping the same circle of friends, same zip code and same schools? Please, do explain to me how sympathetic I should be toward you (eye roll).

6. You know the metric system

Amid a long list of random knowledge nuggets that you possess, growing internationally meant exposure to a system the entire world works within…except America.

7. Being late is a crime you’ll never commit

If you’re early you’re on time and if you’re on time, the Captain will likely treat it as if you just committed a crime against time itself. Ten minutes early is precisely on time in your book.

8. Bowling is your party trick

A weird yet common pastime in military culture…bowling. Nearly every duty station had a bowling alley and you’ve likely spent an unhealthy amount of time practicing your spins.

9. You’ve ridden on an airplane next to a Humvee in the cargo hold

Space-A flights are something else. There are no peanuts, no TVs in the headrests and zero chance you’ll snag a window seat.

Don’t even try to deny it. You thought you were crazy important toting around that ID card as a kid.

11. Getting up early is the standard operating procedure

Sleeping until 0700 hours sounds like a vacation after growing up a military child. Your entire neighborhood believed exercise was best before the sun rose each day.

12. Your parents take respect to a whole new level

Preparing your less than lazy friends for a stay at your house may have required an entire operation in itself.

13. When you were raised among Rangers, nothing scares you

“Your parents scare me,” might be a phrase you’ve heard a time or 20. But whether you were raised by Seals, Rangers or Green Berets, 200 pounds of American fighting muscle looks like your favorite uncle, not a death sentence.